Hit enter to search or ESC to close
Events

Yesterday I was present at the Dutch AzureCon viewing party at the office of inovativ, since there’s no party like an AzureCon party, as the image below suggests. 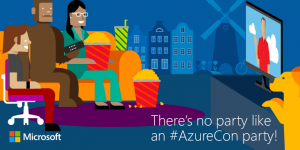 With a group of about 50 Azure enthusiasts, after a quick pizza, the attendees we’re welcomed by Peter Noorderijk at the viewing location. After a brief summarization of some basic housekeeping rules, AzureCon started at 6 PM local time. 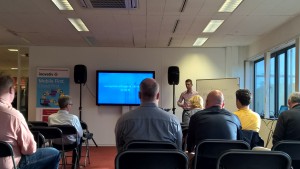 Breathless, but not so speechless as others would’ve liked,  we watched people like Scott Guthrie, Jason Zander and Corey Sanders present the latest and greatest inovations of the Azure platform.

Lots of the features (sadly enough) aren’t available directly, but will be released in the months to come. First thing that was disclosed was the anouncement that India will host 3 Azure Datacentres which indicates the staggering pace of Microsofts expansion in the public cloud sector. 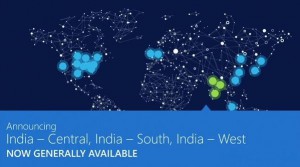 By the end of 2014 Microsoft still had 19 datacenter regions. With 24 regions Microsoft has, as Scott Guthrie boldly declared, more datacenter capacity then AWS and Google combined. 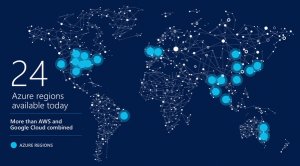 And if this wasn’t enough for the ITPro world to wrap its head around, Microsoft had some other surprises in stock. Microsoft has a few sizes in Virtual Machines. A new addition to this will be the DV series virtual machines in Azure. These ought to be 35% faster then the current D-series VM’s. Nothing was said about the pricing of these services at this point.

A small applause could be heared in Amstelveen when mr. Guthrie made the following announcement, a new series of virtual machines will become available soon, with an NVidia GPU and RDMA based networking. This could indicate that quite a few Remote Desktop Services farms could be migrated towards the Azure platform in the not-so distant future. 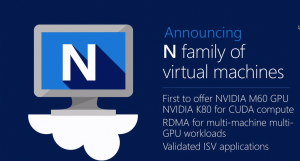 Security and trust are still key features in the decision chain before moving towards a cloud based solution. Microsoft therefore also has a clear focus on providing tenants (customers) within their public cloud offering with tools nessesarry to deflect possible DDOS attacks. One of the weapons in that constant struggle will be the newly developed Azure Security Center. This allows you to react pro-actively to signals that an attack could be imminent. This feature looked quite release ready and was said to be released later this year. 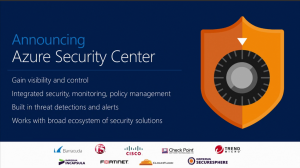 Starting December 1st, you will have another globally available option to buy Azure usage. Next to all licensing forms currently in place, like EA (Enterprise Agreement), Pay-as-you-go and licensing through the OPEN program, Microsoft anounced a new billing plan called the “Azure Compute Pre-Purchase plan”.  This new pricing program is meant for customers with steady, predictable workloads on Azure. With this new offer, customers who pre-purchase Azure compute for 1 year can realize cost savings of up to 63 percent 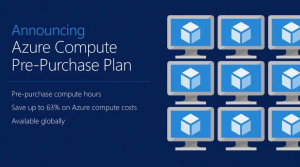 Something I appearently missed during the evening itself and was brought to my attention, is that Azure Files has reached the GA phase in its lifecycle, meaning “available to all”, but also that it has been upgraded to support SMB3 ánd that you can mount the “Azure Files drive” to an on-premises VM. I must try that sometime soon! Anyhow, it’s another awesome step for that particular storage service in the Azure cloud. 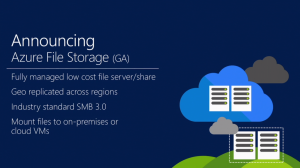 The last thing I’d like to mention, is the anouncement of the General Availability of ExpressRoute for Office365 and Skype for business. I’m in the lucky position to have worked on a project where we used ExpressRoute to disclose IaaS services to an on-premise location. I must say that it really delivers on it’s promiss on stability and throughput. 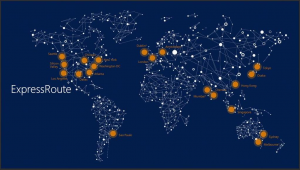 In Microsoft’s containerization story, an Azure Container ofcourse couldn’t be left ignored, so ofcourse they didn’t. The Azure Container service is built upon an Apache foundation, which Mark Russinovich demo’d from an Apple device. After seeing that, I quickly checked to see if pigs were flying, but they weren’t, so I returned to the viewing room. 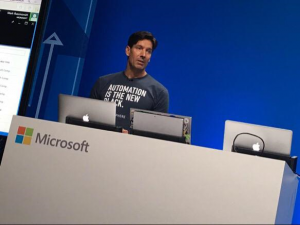 It was to bad to see the demo-gods weren’t on his good side this time, but like the real techie he still is, he managed to solve the issue back-stage a short time after his session.

Ofcourse Microsoft also announced a whole heap of other things which, all looking great and promising, but really currently don’t have my focus. I could dwell for hours on the public preview of the Azure SQL Data Warehouse and the announcement of the Azure Data Lake. Another thing for my personal future would be to dive into the Azure IoT suite, or to have an extensive look at the upcoming Azure Financial Compliance Center but it is, to say the least, a bit much…. 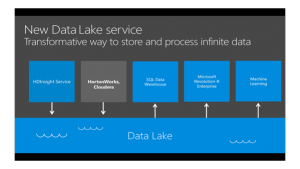 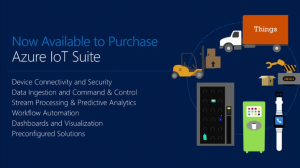 So just to help you (and myself) to get up to speed with all of this “soon-to-be-new” stuff, here’s the link to all of the content, selected for AzureCon. https://azure.microsoft.com/en-us/azurecon/ 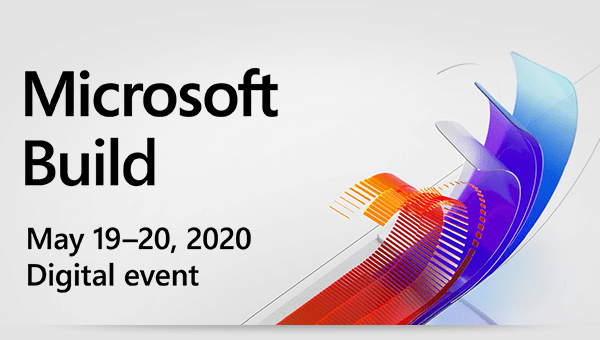 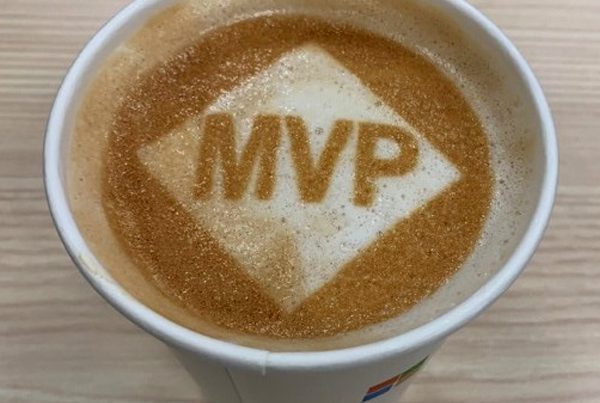 MVP Summit 2019;
the future of Azure is bright! 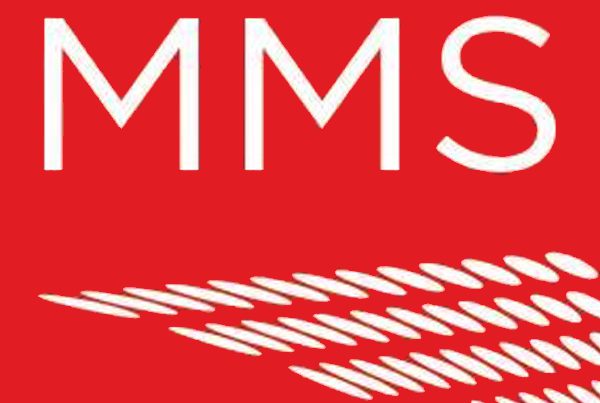