This week Microsoft released the long-anticipated TP3 (Technical Preview 3) release of an Operating System currently known as Server 2016. Microsoft is currently developing at a staggering pace in Azure, but when you take a look at the new features incorporated in this build of the on-premises OS, you know they haven’t been slacking in that department either.
Microsoft provides an overview of the new functionality in TP3 here and you can download it from the evaluation center here.

But what’s a Server OS without some form of management, right? Microsoft also released the RSAT tools for Windows Server 2016 TP3. The RSAT tools, for people that aren’t known with the concept, are used to manage Server Roles on Windows Server Operating Systems from a client device, such as laptops or desktops with Windows 10.

For the unfortunate people who want to have a test-drive of this new build, where Windows container-technology is included, but lack the luxury of (dedicated) hardware in some sort of lab-environment find your solution below… People that have some kind of old desktop/server laying around are often able to check out most features of this new OS, thanks to its little System Requirements.

Azure provides a mechanism to create a 30-day trial account here. The only downside here is that you will need a creditcard to create that trial account. And then, how do you get your hands on a TP3 installed Virtual Machine?

In the UI, click on the big + mark, and select “compute”. In this compute node are all kinds of Virtual Machines, including one especially created for container technology. But we are looking for a “normal”  TP3 installation. This one is available, but it’s currently tucked away in the Marketplace. So, select Marketplace and after that select Windows Server. 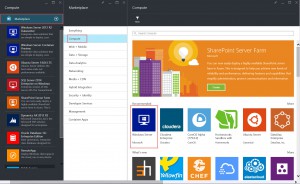 And there you have it, the awesomeness of TP3, at your fingertips, almost in Azure! 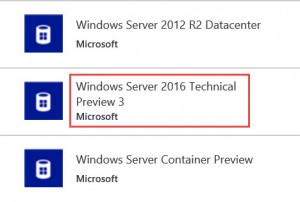 Now, all you have to do is to fill out the requested fields in the deployment form in the Classic or  Resource Manager model, and you’re good to go… 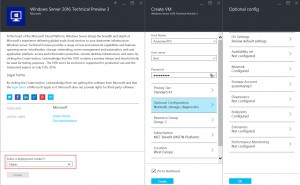 Today we’ve discovered the TP3 image in the Azure portal and briefly looked at an option to deploy it. Next time we’ll have a look at the different ways to deploy workloads in Azure, classic vs Resource Manager style….